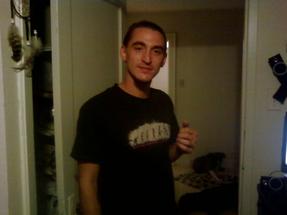 WEST JORDAN, Utah, July 21, 2016 (Gephardt Daily) — Police have released a photo of the man whose body was found in the yard of a West Jordan Wednesday.

The utility worker came to the residence to work on a meter, and saw the body, which was behind a brick wall and not visible from the road. The utility worker immediately called police, who arrived and cordoned the area off.

Conlon, from Colorado, had been in living in Utah for the past couple of weeks. Lt. Drew Sanders of WJPD said Conlon had multiple gunshot wounds to his body, and head trauma.

“We are now comfortable in deeming this a homicide, he does have gun shot wounds to his body that has led us to believe that so we are moving forward as a homicide investigation,” said Sanders.

“At this point, we are moving into investigation mode where we will gather all the facts before we are able to release much more.”

Sanders said police do not have information at this time whether Conlon is connected to the house where he was found. Sanders said the residence is not vacant and police have had communication with the female property occupant, who is not thought to be connected to the homicide. As of Wednesday afternoon, the home had not yet been searched.

Police did not release the number or location of gunshot wounds on Conlon’s body.

Police also do not know how long Conlon had been in the yard or whether the homicide occurred there or elsewhere.

Read more about this case at Gephardt Daily. 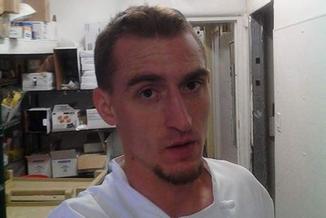